Field100: our mission to create one of the most biodiverse fields of all time

Behind the scenes at Dr. Schär

As we celebrate Dr. Schär's 100th anniversary, we are initiating the ambitious Field100 project: our aim is to cultivate one of the most biodiverse fields ever seen in the South Tyrolean Alps. In doing so, we are committed to promoting and preserving biodiversity – now and for the next 100 years. Field100 aims to raise awareness on the importance biodiversity has to ensuring a liveable future. After all, biodiversity plays a crucial role in safeguarding the world's ecosystems and is the basis of our food supply. Yet, unfortunately it is disappearing at a rapid pace.

Dr. Schär wants to actively promote greater agricultural biodiversity with Field100. Together with the Laimburg Research Centre, we are growing 100 different crops in one field in the South Tyrolean Alps. In this field, underutilised as well as traditional crops flourish right next to centuries-old or even exotic varieties. By donating harvested seeds to the gene bank of the Laimburg Research Centre, we help to preserve these species for future generations.

To learn more about the background of Field100, we spoke with two experts during the sowing of the 100 different varieties at the beginning of April. Marina Braida, Corporate R&I Manager for Raw Materials & Agricultural Projects at Dr. Schär and agronomist Dr. Manuel Pramsohler, from the Laimburg Research Centre, are both deeply involved in Field100 and explain to us the significance of the project. 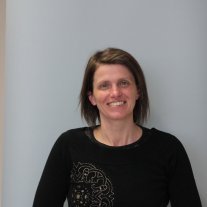 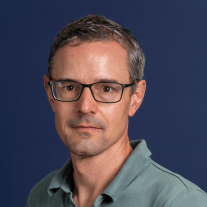 100 different crop varieties are cultivated in one field. Oats grow next to peas, quinoa from South America next to local corn. Is the cultivation of such mixed crops a solution to preserve biodiversity for future generations?

Marina: We have tried to select diverse varieties that can adapt to the specific conditions of the field here in the South Tyrolean Alps. Field100 gives us a great opportunity to observe the development of different plants that might harmonise particularly well, benefit from growing together or be suitable for crop rotations due to their specific vegetation cycles.

Manuel: Exactly, intercropping offers the advantage that certain plants that are grown together can mutually benefit from and support each other. Our ancestors knew this, which is why the joint cultivation of different crops was widely practised in the past, before industrialisation. For example, cereals and legumes were grown together to support each other in the growing process. In addition, fields with high biodiversity provide a home for various plant and animal species, so that nature can also be protected in agricultural landscapes.

Marina: Growing a wide variety of crops, we also expect to see more birds, insects, companion plants and even greater species richness below the soil surface. This shows how biodiversity is essential for functioning ecosystems and the existence of life – and that includes us humans. It is key to ensuring food security for the world’s growing population and thus for the future of all of us. With Field100, we are committed to drawing attention to this enormous importance of biodiversity.

Some of the seeds used are as old as 100 years others are still used today. Can the new varieties ‘learn’ from the ancient ones? In other words, are there certain traits of old varieties that could prove to be forward-looking for modern breeds, for example in terms of climate resistance or hardiness?

Manuel: In general, there is a great diversity within old varieties. Many special traits, such as early ripening, resistance to certain plant diseases or to drought, can be very interesting for modern breeding. For example, some older varieties had a shorter vegetation cycle than modern high-yielding ones. Also, there were crops that could be grown in higher altitudes than today, so they had to be resistant to extreme weather conditions such as low temperatures.

Marina: The relationship between plants and climate is crucial for the agriculture of the future. In times of more frequent extreme weather events, for example, the stress tolerance to extreme weather that Manuel mentioned can be a very useful plant trait. In general, plants can also develop differently in interaction with their environment - then so-called modifications emerge that are better adapted to the respective environmental factors.

Already today, a large number of plant species face potential extinction. Is it possible to save agricultural plants by recultivation?

Marina: As a company in the food industry, we see it as our duty to do what we can to promote biodiversity and protect threatened resources. Targeted recultivation helps to keep old varieties alive and to preserve them for future generations. Cultivating Field100 gives us the opportunity to test how centuries-old varieties react to today’s climate and current plant diseases. This is especially important in view of rapidly changing climatic conditions.

A likewise important research project is Re-Cereal, which Dr. Schär initiated back in 2016. The project is about the targeted cultivation of old cereal varieties and about revitalising agricultural traditions of the Alpine regions. According to the project's experts, the large-scale reintroduction of oats, millet and buckwheat in the Alps could be an alternative to or replace the intensive cultivation of maize and wheat and thus play a crucial role in ensuring proper crop rotation on farmland that is often eroded by monocultures.